Legacy Foundation Board Chair Retires from Board

For the past fifteen years, Ron Wagner has provided community leadership and support for Cochise County health care.

Serving first as a member of the Sierra Vista Regional Health Center (SVRHC) Board of Trustees and later as its chair, Ron was deeply involved in the quest for a new hospital in Sierra Vista.

Ron’s insight and health care expertise were utilized extensively throughout many Board and community discussions involving health care needs for our community. As a long-time businessman in Sierra Vista, Ron provided significant insight with respect to hospital finance, and he chaired the hospital Finance Committee for many years.

In addition to his hospital board service, Ron also was a member of the hospital auxiliary and volunteered his time in the hospital’s gift shop. He has continued his gift shop volunteering at the new Canyon Vista Medical Center.

Ron transitioned from the SVRHC board to the Legacy Foundation of Southeast Arizona board of directors shortly after it was formed. He became board chair and led the Foundation in its oversight role of building and completing a new hospital; the gifting of the old hospital to Cochise College for a downtown campus which saved the community several millions of tax dollars; and establishing approximately 60 to 70 million dollars in philanthropic assets for use in promoting health and wellness in southeastern Arizona.

Ron unselfishly gave of his time, efforts, and energy toward improving the level of health care provided in our community. Each of these was instrumental in the substantial community accomplishments occurring during his tenure on both the hospital board and the Legacy Foundation board. The Board and staff of the Legacy Foundation salute Ron Wagner, a true community advocate and champion, for his fifteen years of exemplary leadership and dedicated service. 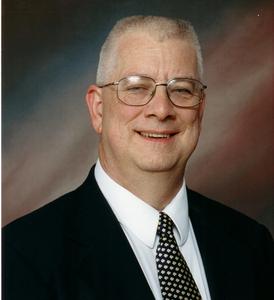